In turn-of-the century New York, a mobster rises—and his favorite sister struggles between loyalty and life itself. How far will she go when he commits murder?

After midnight, Thelma Lorber enters her brother Abie’s hangout under the Williamsburg Bridge, finding Jewish mobster Louis “Pretty” Amberg in a puddle of blood on the kitchen floor. She could flee. Instead, in the dark hours of that October 1935 night before the dawn of Murder, Inc., she remains beside the fierce, funny brother who has nurtured and protected her since childhood. There are many kinds of love a woman can feel for a man, but few compare to that of the baby sister for her older brother. For Thelma, a wild widow tethered to a young son, Abie is the center of her world. But that love is about to undo everything she holds dear…

Flipping the familiar script of The Sopranos, Boardwalk Empire, and The Godfather, Bittersweet Brooklyn explores the shattering impact of mob violence on the women expected to mop up the mess. Winding its way over decades, this haunting family saga plunges readers into a dangerous past—revealed through the perspective of a forgotten yet vibrant woman.

“Thelma Adams is our new Dickens in her effervescently vivid tale of Jewish hardscrabble living, gangsters, torn-apart families, and a young woman desperate for love, family, and a stable future. Set in a 1920s and 30s Brooklyn so rich, raw, and bristling with life that you can taste the brine on the deli pickles and see the flasks of whiskey hidden in a garter, this is the kind of novel that’s lived, rather than read.” — Caroline Leavitt, New York Times and USA Today bestselling author

“Smart and complex, Bittersweet Brooklyn is a riveting journey into a glamorous and deadly underworld. Fascinating characters and a backdrop of New York in the 1920’s kept me churning through pages. Add in twist after twist to an already vibrant plot, and you’ve got the makings of a perfect read! No one writes women in history better than Thelma Adams. I loved this book!” —Heather Burch, bestselling author of In the Light of the Garden

“Bookies! Bubbes! Bossy big-mouths! Thelma Adams’ Bittersweet Brooklyn takes you back to an early twentieth-century Williamsburg teeming not with too-cool-for-school millennials, but with rough-and-tumble Jewish and Italian immigrants. You’ll race through this raucous historical saga, admiring its gritty detail and street-smart dialogue. Inspired by real events, Thelma Adams brings to life an unforgettable family ruled by filial love divided by biting dysfunction.” —Sally Koslow, author of Another Side of Paradise

“Thelma Adams has found her niche as a wonderfully vivid historical chronicler of the female spirit. Her tale of a Jewish girl making her way amid gangster-studded NYC is a marvelous must-read.” —Michael Musto, columnist

“Bittersweet Brooklyn is gripping from page one. An intimate look at the dynamics of a broken family in gangster-riddled New York, it will have you rooting for protagonist and antagonist alike as wounds are open, healed, scarred, and exposed. With some of the finest dialogue I’ve ever come across, this is one I will not soon forget.” —Camille Di Maio, bestselling author of The Memory of Us

“Set in the savage underbelly of a Mafia-linked social club and amusement park, Bittersweet Brooklyn tells the sizzling and unforgettable family saga of a brother and sister who must pit survival against loyalty, desire, and compassion.” —Susan Henderson, author of The Flicker of Old Dreams

“Terrific! A great story, suspense, a vibrant heroine, complex and colorful supporting characters and amazing period details: I couldn’t put it down.” —Caryn James, cultural critic and author of Glorie and What Caroline Knew

“A searing, layered portrait of a Brooklyn family divided against itself, this novel brims with heartbreak, history, empathy and grace.” —Greer Macallister, bestselling author of The Magician’s Lie and Girl in Disguise

“A fresh, fierce retelling of the crime family saga from the female point of view.” —Paula Froelich, New York Times bestselling author of Mercury in Retrograde

“A gorgeously written and gritty American immigrant tale about broken homes and broken hearts, and how the sins within a family can reverberate across generations. Riveting!” —Jane Healey, bestselling author of The Saturday Evening Girls Club

“A noir coming-of-age story with a feisty and unforgettable heroine.” —Meryl Gordon, New York Times bestselling author of the biography of Bunny Mellon

Thelma Adams is the author of the best selling historical novel The Last Woman Standing and Playdate, which Oprah magazine described as “a witty debut novel.” In addition to her fiction work, Adams is a prominent American film critic and an outspoken voice in the Hollywood community. She has been the in-house film critic for Us Weekly and The New York Post, and has written essays, celebrity profiles and reviews for Yahoo! Movies,The New York Times, O: The Oprah Magazine, Variety, The Hollywood Reporter, Parade, Marie Claire and The Huffington Post. Adams studied history at the University of California, Berkeley, where she was valedictorian, and received her MFA from Columbia University. She lives in upstate New York with her family.

One of the big turnoffs for me when reading stories set during the early 20th century is the clumsy use of slang and vernacular, like bad noir.

My god, this is not the case here. The author has completely mastered the mindset it takes to write historical fiction that stands out—seamless and unquestioning authority of the narrative voice. Tightly written, meticulous prose puts the reader directly in Thelma Schwartz’s consciousness, where we suffer alongside her the agony and poverty of the child, teenager and adult Thelma. She struggles to find something of herself and for herself to celebrate, to find joy somewhere in the abusive family circle and the criminal one that that both protects and preys on them. Even when she finds her soul mate, she also finds she is not the only one inhabiting this particular circle of hell.

Yes, this is a dark story, and definitely not a romance, so don’t expect a formula ending. But the inspiration, the joy in the story, is Thelma herself as she makes her way through the labyrinth of growing up Jewish and second generation Polish, impoverished, abused and uneducated, without giving in as she struggles to not become a part of the vicious cycle of crime and dysfunction surrounding her.

Wednesday, January 30
Guest Post at To Read, Or Not to Read

Thursday, January 31
Review & Interview at Passages to the Past

Saturday, February 2
Excerpt at Maiden of the Pages

Sunday, February 10
Feature at What Is That Book About

Friday, February 15
Excerpt at Broken Teepee
Review at Comet Readings
Review at CelticLady’s Reviews
Excerpt at Spellbound by History
Review at Oh, The Books She Will Read

During the Blog Tour we will be giving away two paperback copies and one Audio Book! To enter, please use the Gleam form below.

– Giveaway ends at 11:59pm EST on February 15th. You must be 18 or older to enter.
– Giveaway is open to US only.
– Only one entry per household.
– All giveaway entrants agree to be honest and not cheat the systems; any suspect of fraud is decided upon by blog/site owner and the sponsor, and entrants may be disqualified at our discretion.
– Winner has 48 hours to claim prize or new winner is chosen. 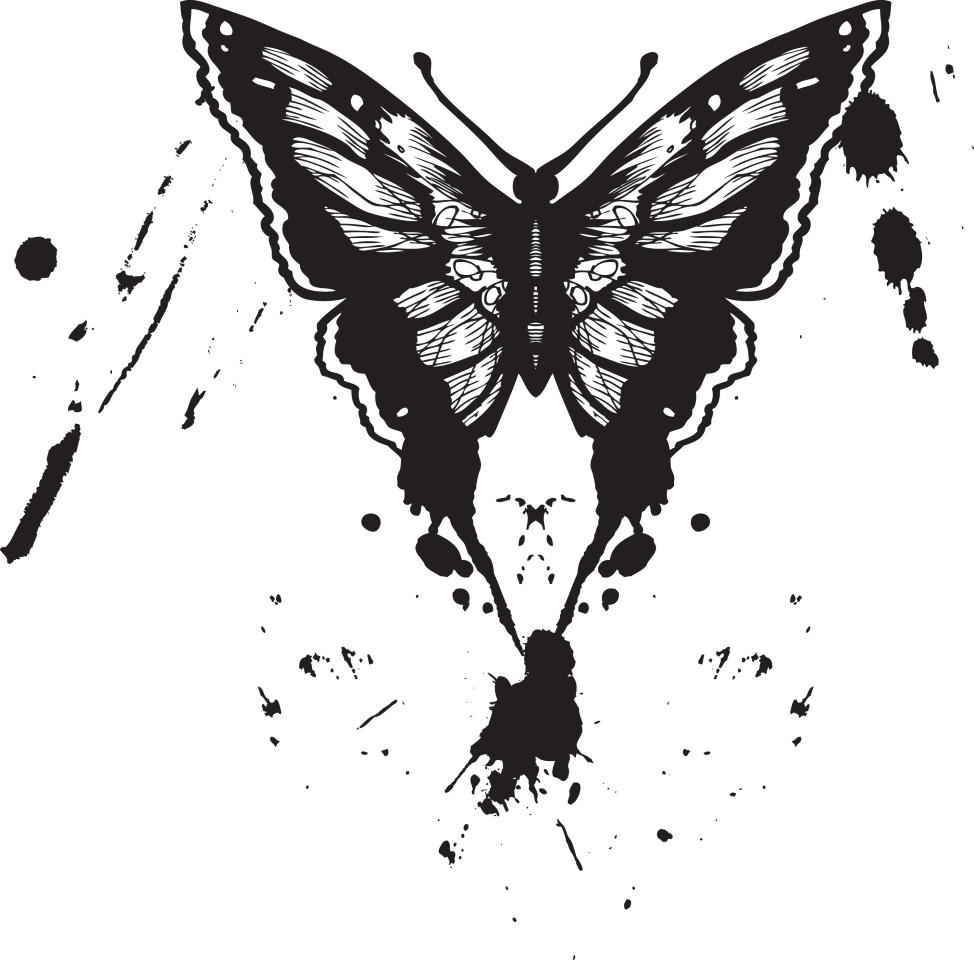 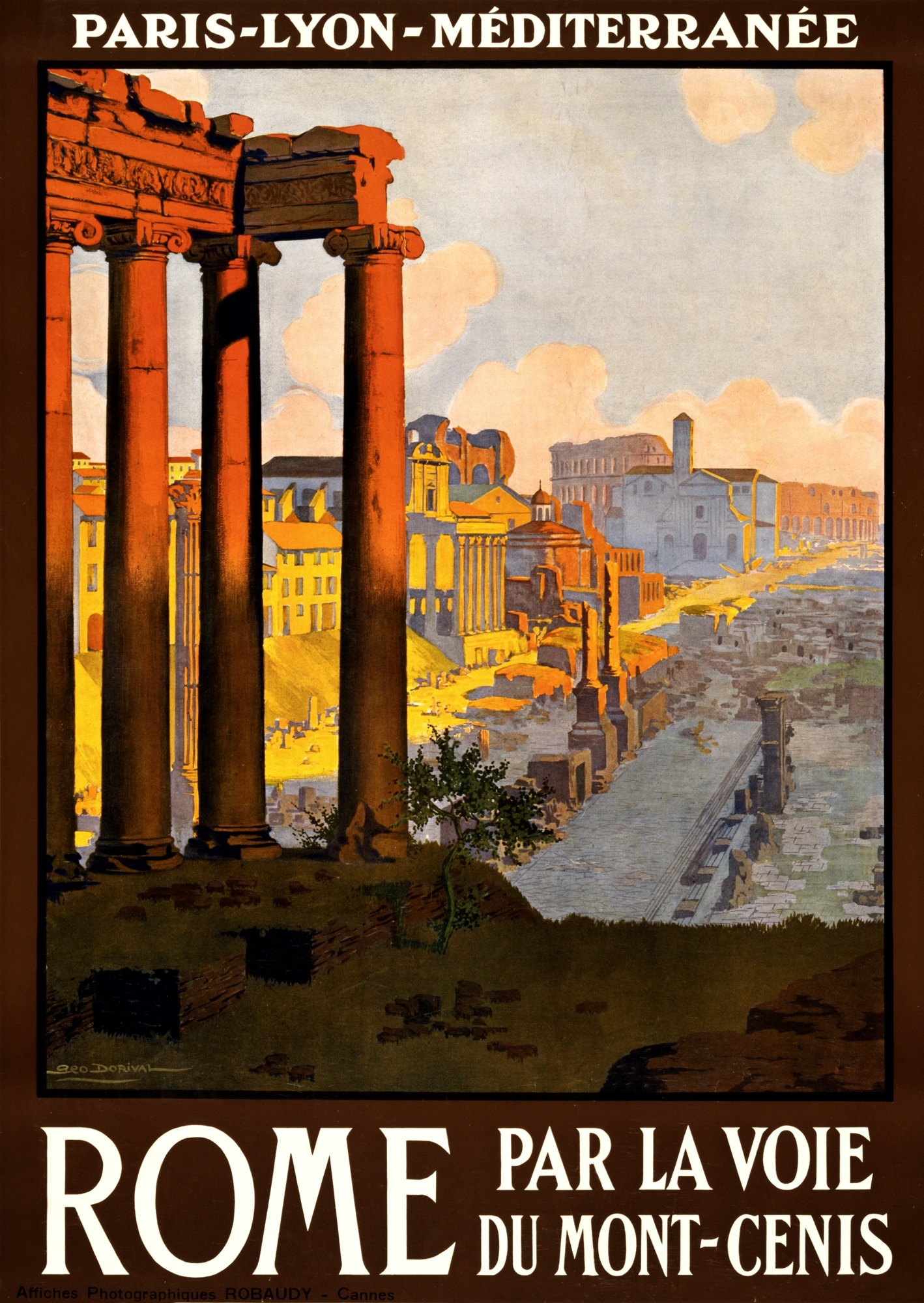 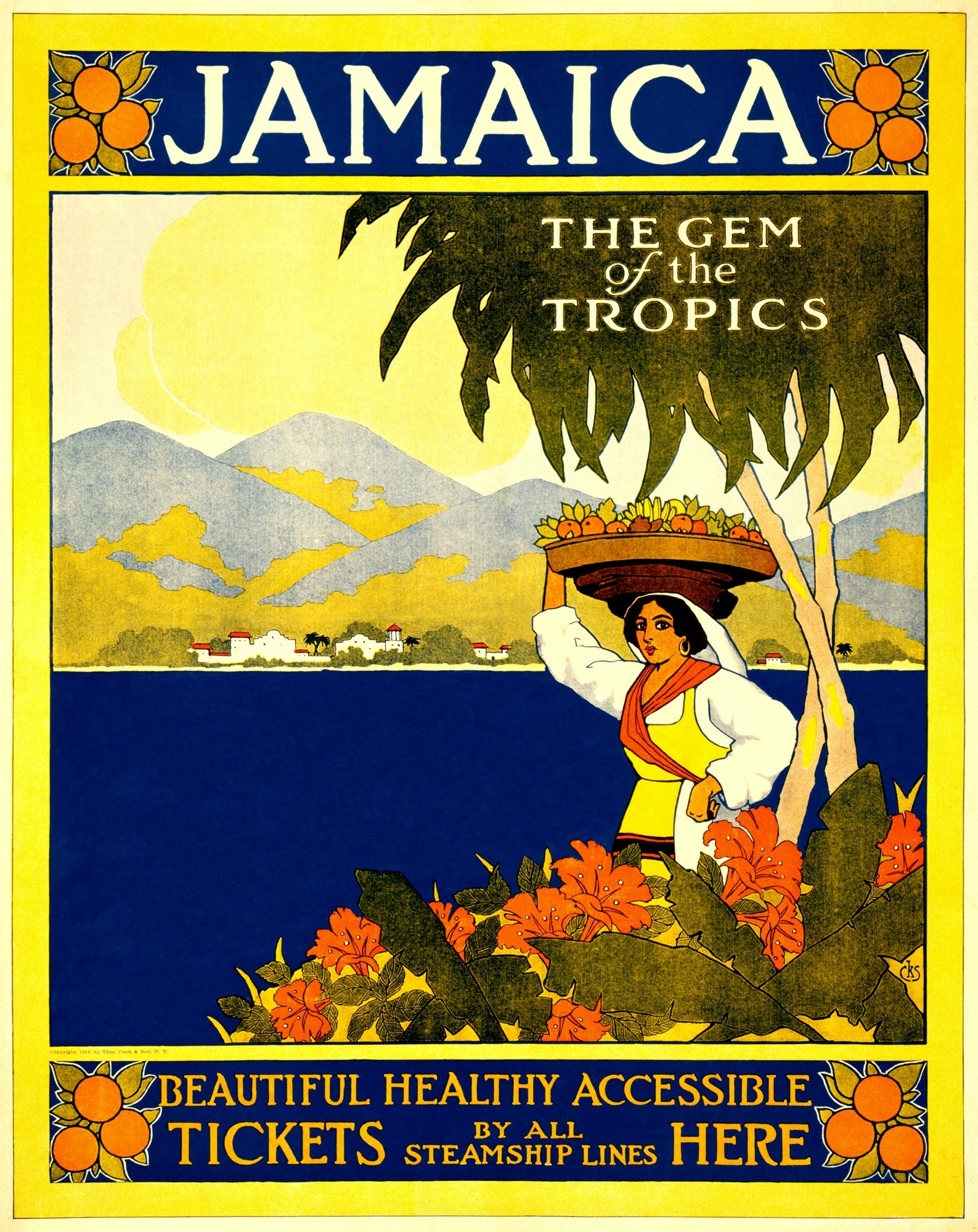 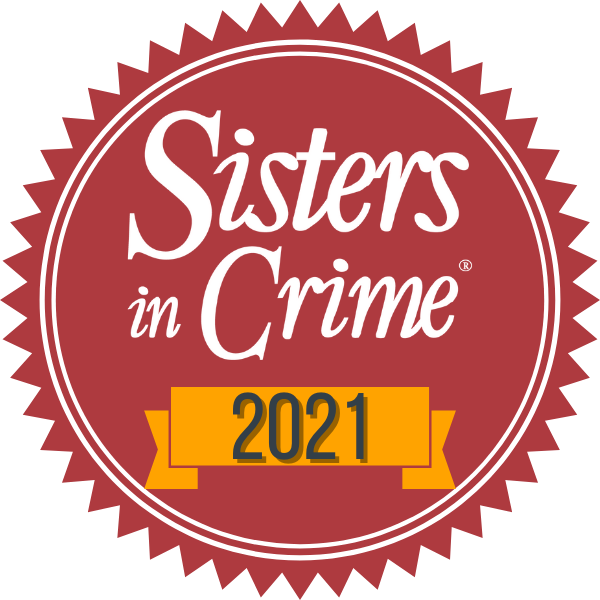 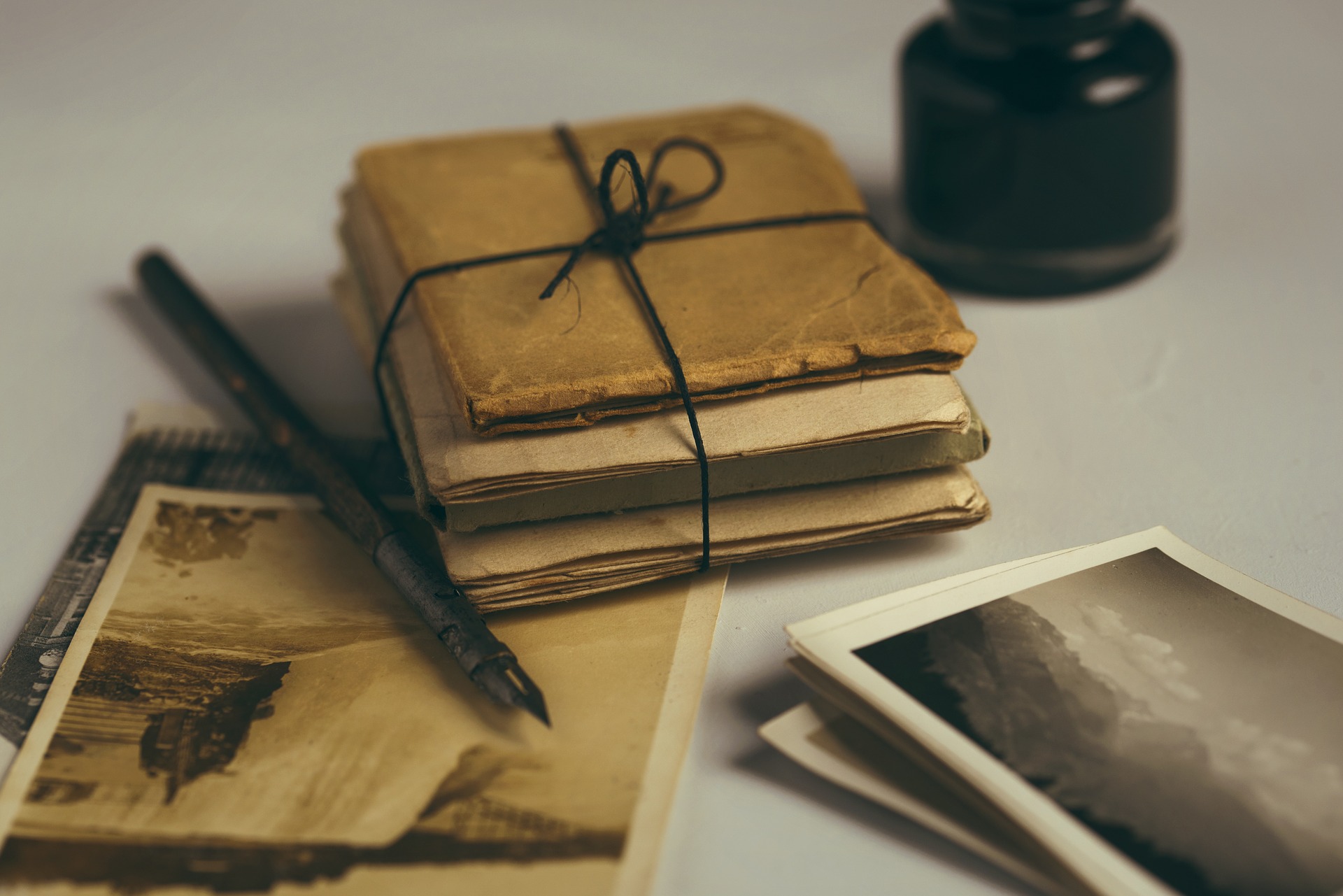