Hunter Stone is London’s most notorious cad. He’s lived a life of debauchery and vice, and he’s the most dedicated bachelor in the kingdom. He’s renowned for his wicked ways, and he always has a beautiful woman on his arm to keep him company. But when his father suddenly inherits the family’s earldom—an elevation that was completely unexpected—Hunter is next in line to be earl. He has to marry quickly to secure the title and inheritance. What’s a cad supposed to do?

Hannah Graves is a modern, independent young woman. She thinks men are fools and idiots, and she’s decided to avoid the path to matrimony that most females are forced to walk. When her father died and left her a small inheritance, she fled her rural life in the country and used the money to open a bookshop in London. She’s proud of herself and delighted with the strong choices she’d made, but it’s not easy to be a female proprietor in a man’s world, and she constantly dances on the edge of fiscal ruin.

When Hannah meets Hunter, sparks fly and passion ignites. But Hunter’s corrupt reputation precedes him, and he represents everything she detests in a male. But he’s a handsome, wealthy scoundrel who always gets exactly what he wants. When he sets his eye on Hannah, how can she resist?

Warwick Stone is a rich, handsome cad. He revels in outrageous ways and enjoys his reputation as a scoundrel. But when his father suddenly inherits the family’s earldom—an elevation that was completely unexpected—Warwick has to marry in a hurry and start siring some heirs. As the consummate bachelor, who never expected to wed, the whole notion of matrimony is exhausting. He figures he’ll quickly pick a fetching debutante with a good dowry, and he’ll become a husband by expending as little effort as possible.

Wilhelmina Dobbs had an odd childhood. Her father was a famous artist, but a flawed and damaged man. As a girl, she followed him across Europe, standing in the background as he painted masterpieces and disgraced himself with his extravagant habits. After his death, she retired to the country to live quietly and paint too. After watching her father regularly disgrace himself, she’s sworn off all men. She can’t imagine ever marrying and intends to remain a spinster.

When Wilhelmina crosses paths with Warwick, sparks fly and passion ignites, but his corrupt reputation precedes him. He represents everything she detests in a male, but he’s spoiled and determined, and he always gets exactly what he wants. When he decides he wants Wilhelmina, how can she resist?

Captain Sheridan Stone sails the Atlantic as a privateer who harasses enemies of the British Crown. He’s not a pirate, but he’s close enough. He lives a life of adventure, danger, and violence, but he was wounded in a battle. It’s left him weary, and he’s thinking of retiring and returning to England. He might even be ready to marry and settle down, but his bride would have to be the perfect girl from the perfect family.

Miss Sophia Cantwell is a poor relative with no dowry or prospects. Her father was a dreamer and schemer, and she’s possessed of his wanderlust and grandiose ideas. She wishes she’d been born a man so she could shuck off society’s restrictions and have the exciting future she’s always envisioned for herself.

When Sheridan meets Sophia, there’s an instant attraction, but he’s an earl’s son, and he’s convinced himself that he will wed very high. Sophia has nothing he wants, so she could never be the bride he imagined. But she just might be the woman who could make him happy forever.

Pick up the Cad’s Trilogy on Amazon 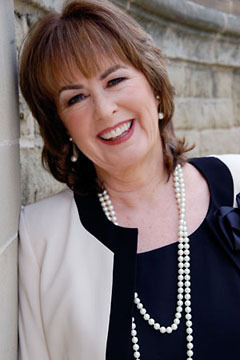 Cheryl Holt is a New York Times, USA Today, and Amazon “Top 100” bestselling author who has published over fifty novels.

She’s also a lawyer and mom, and at age forty, with two babies at home, she started a new career as a commercial fiction writer. She’d hoped to be a suspense novelist, but couldn’t sell any of her manuscripts, so she ended up taking a detour into romance where she was stunned to discover that she has a knack for writing some of the world’s greatest love stories.

She lives and writes in Hollywood, California, and she loves to hear from fans.

Warwick Stone glared at his father, Neville, but Neville could never be shamed or cowed.  He glared back, his expression bland and infuriating.

“Why would you automatically refuse?” Neville asked.  “You haven’t heard me out.”

“And I don’t intend to hear you.  Hunter told me you were about to start nagging.”  Hunter was Warwick’s older brother.  “Your badgering worked on him, but it won’t work on me.”

“Are you sure about that?”

They were sequestered in a parlor at his father’s newly-inherited town house, seated side by side on comfortable chairs.  A warm fire burned in the grate to ward off the evening chill.  For once, they were alone, which was odd.  They were rich and entitled, so they carried on extravagantly, liking to loaf and wager at their favorite clubs and haunts.  It meant they were constantly surrounded by hordes of people.

Neville, especially, like being in a crowd and the center of attention, so it was an unusual moment, and Warwick was trying to cherish it.  But he and Neville had a difficult relationship, so their interactions were never smooth.

“Our situation has changed,” Neville said.

Warwick had just returned from an extended holiday in Scotland where he’d reveled outrageously.  The end of the stay had culminated with his winning a thousand pounds in a reckless hundred-mile horse race.  His friends were still agog over it.  It was the sort of antic he and his male kin were renowned for pursuing, and over the centuries, it had delivered all sorts of ruin.

He became more absurd by the month, and it was really quite amazing that he’d lived to be twenty-nine.  Yet if he was negligent and foolish, he blamed Neville.

His father had been a worthless parent, and he’d provided no guidance or supervision whatsoever.  Warwick’s mother had died when he was small, and he and his two brothers, Hunter and Sheridan, had grown up at Neville’s country estate of Stone Manor, while Neville had caroused in London.

He’d paid servants to raise them, and they’d been a lazy, unscrupulous bunch who’d had little interest in managing, and no ability to control, three rambunctious boys.  Warwick and his brothers had wandered like a trio of abandoned wolf pups.  There had been no challenge they didn’t accept and no feat they wouldn’t attempt.

As adolescents, then adults, they’d simply continued their rash routines, but their deeds were ever more dangerous.  They had too much time on their hands, and they were much too brave.  They loved trouble and mischief, and they exhibited an irrepressible amount of daring-do that could be astonishing.

Their impulsive conduct was only matched by their immoral tendencies.  They possessed all of Neville’s worst traits and very few of his good ones.  Actually, Neville didn’t have many good traits.  He gambled and chased loose women, and he rarely engaged in any other endeavors.  Even though he was fifty, he was still a debauched wretch—and he was proud of it.

Friday, August 6
Review at Booking With Janelle (Book 1)
Review at Across the Sky in Stars (Book 1)

Tuesday, August 17
Excerpt at Passages to the Past

Thursday, August 19
Feature at Reading is My Remedy

9 winners will receive a copy of Cad’s Wish and 1 grand prize winner will win all three books! To enter, please leave a comment below with your email address. Please note, your email address will be added to the author’s newsletter mailing list.

The giveaway is open to US addresses only and ends on August 27th. You must be 18 or older to enter.